Why Do Some Replacement Exhaust Manifolds Come With Catalytic Converters?

Because catalytic converters function more effectively the faster they heat up, modern ones are integrated into exhaust manifolds. We explain variations that exist. 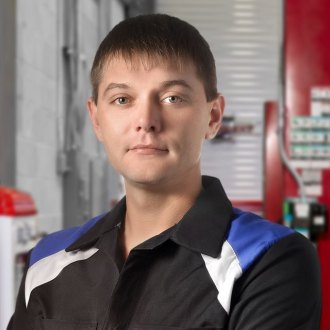 As it sounds, this type of manifold has a catalytic converter attached directly to it - right there in the engine bay, instead of underneath the vehicle in the traditional location. You're seeing these choices only because your year, make, and model was equipped with this very setup on the assembly line.

What Is a Catalytic Converter?

One the first major changes that came about as a result of United States emissions regulations was the use of catalytic converters, which were phased in during the decade of the 1970s. Catalytic converters are an essential part of clean exhaust emissions, because they contain precious metals that chemically convert harmful gases into harmless ones such as carbon dioxide and water vapor.

Early catalytic converters used during 1975-81 are known as "two-way" units because they neutralized both hydrocarbon and carbon monoxide emissions. They were replaced by "three-way" catalytic converters for 1982, which added the ability to control a third pollutant known as oxides of nitrogen.

Catalytic converters do an excellent job at converting harmful gases into inert ones, but only when they reach fairly high temperatures. After a cold start, a catalytic converter doesn't even begin to reduce the pollution in your exhaust until things heat up to around 500 degrees Fahrenheit, and full effectiveness isn't achieved until 800 degrees F.

As you may imagine, how quickly catalytic converters reach these temperatures has a direct effect on pollution levels that an engine will produce in the short period of time directly following a cold start. Automakers realized that when catalytic converters are placed closer to a vehicle's engine, they heat up faster and begin to work sooner. The heat point at which catalytic reactions are initiated within a catalytic converter is known as "light-off" temperature.

In the early years of emissions controls before fuel injection and precise computer control for air/fuel mixtures were commonplace, automakers ran into problems when catalytic converters were placed too close to the engine. A condition known as "vapor lock" would occur several minutes after a hot engine was shut off and heat from the catalytic converter radiating onto nearby fuel lines caused fuel within them (now stationary) to boil and aerate. This bubbling fuel would result in hard-start or no-start conditions that lasted 15 minutes to an hour until it cooled down to liquid form again.

As a trade-off, most catalytic converters were placed underneath the vehicle approximately a third of the way back from the engine. In this setup, catalytic converters aren't just an add-on component, they're actually built into an entire section of the exhaust system - with varying lengths of exhaust pipe extending from both sides.

This under-vehicle setup proved effective, and remained in place even after advancements in fuel delivery were achieved. The main reason was because, as the overall size of vehicles shrunk and transverse-mounted engines became the norm, underhood space also shrunk a great deal - leaving little room for catalytic converters.

The 1990s brought a solution to both of the aforementioned challenges when automakers developed catalytic converters which were integrated into exhaust manifold assemblies. Early adopters of these space-saving integrated exhaust manifolds were mostly Japanese and European automakers who fitted them to smaller 4- and 5-cylinder inline engines.

Quick light-up time and smooth engine performance generated by this style of catalytic converter made them fast favorites of automakers from all over the globe. Soon, integrated exhaust manifolds were fitted to many larger inline-6, V6, and V8 engines as well. Fast forward to today, with our even stricter pollution standards, and these integrated exhaust manifolds are standard equipment on almost every new car and truck sold in the United States.

Note that because inline 6-cylinder engines tend to have two separate exhaust manifolds of three pipes each (which sit next to each other), you'll find two separate components, each of them a combo manifold-converter item. Inline 6-cylinders are typically mounted front-to-rear (longitudinally), so you'll be presented with choices of "front passenger side" and "rear passenger side" manifold assemblies. Be sure to select the appropriate item during the purchase process.

On V-shaped engines that are mounted longitudinally, you'll be presented with choices that read "driver side" and passenger side". Transverse-mounted V- engines will offer "front" (closer to the radiator) and "rear"(closer to the firewall) assemblies.

There's also another benefit if your vehicle was built with an integrated catalytic converter - greater immunity to catalytic converter theft. This problem exists all over the country, especially for SUVs and trucks because their higher ride height makes them easier to climb under quickly.

Once underneath, all a thief needs is a small cutting saw and 60 seconds to extract any catalytic converter situated in the traditional location. According to insurance company studies, a typical catalytic converter contains $200-$300 worth of platinum, palladium and rhodium metals. Integrated converters located under the hood are much more difficult for the thief to access.

While looking the main page for exhaust manifolds we offer, you’ll notice check boxes along the left side of the screen which allow you to narrow your search to “CARB compliant” or “EPA compliant” components.

“EPA compliant” components meet federal emissions standards set by the United States Environmental Protection Agency. These will get you through emissions tests in all states except those following more stringent standards set by the California Air Resources Board (CARB). If you live in a CARB-following state, or if your vehicle was originally built to CARB emission standards, you’ll need to select exhaust components that are “CARB compliant”. This is particularly important when shopping for catalytic converters (or any exhaust sections containing them) which chemically change harmful gases into inert ones.

If you’re not sure which emission standards your vehicle was built to, one way to check is to find the emission sticker in your engine compartment (it may be on the underside of the hood). It will indicate either “Federal” (EPA) or “CARB”. If still in doubt, ask your dealer or another professional, to ensure you’re purchasing the correct components.

When it comes time to get serious about a replacement exhaust manifold with integrated catalytic converter, we’ve got a great selection from major, established manufacturers. Most are made from stainless steel – a detail you’ll find noted within individual product pages. In some cases, you may be presented with the option of traditional steel or stainless steel in the Products Option field.

You may also find a choice of integrated units or a stand-alone ones, but not both. As we mentioned earlier, our replacement converters are designed to be bolt-in units that match the original factory layout. So please don't fret! If your newer vehicle uses the combination exhaust manifold/converter assembly, be assured that replacing it with the correct aftermarket piece means that you are continuing to do your part to keep our air clean for generations to come. 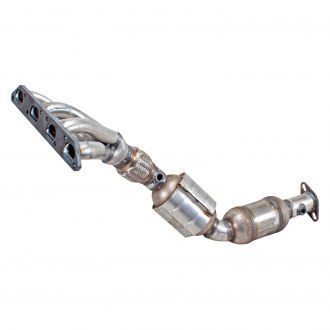 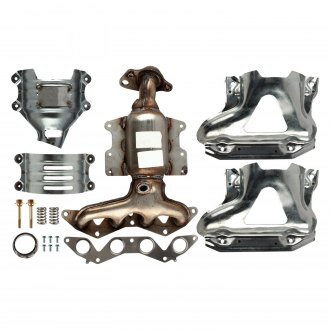 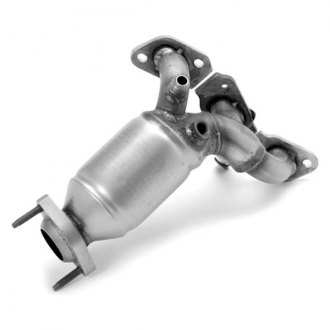 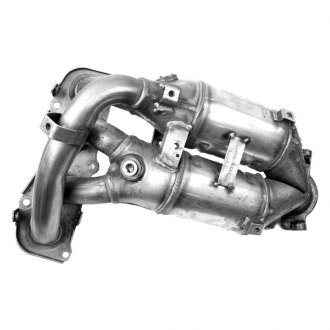 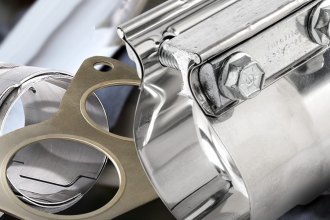 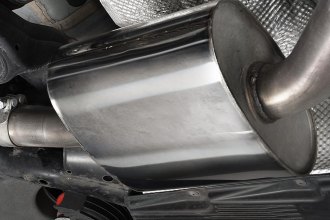 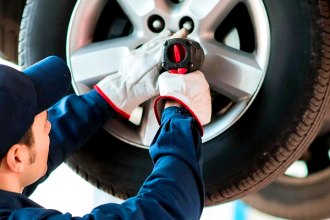 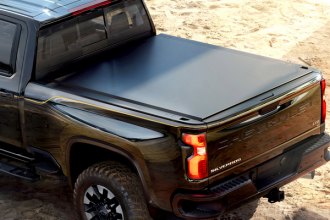 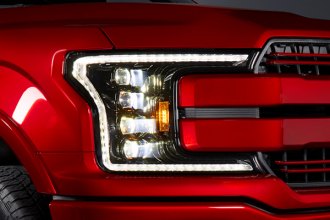 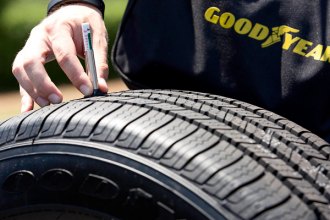 How Much Mileage Should I Expect To Get From A Set Of Tires?
by Richard R

Michael Grayen is an SAE certified mechanic and Technical Writer. A resident expert and professional, Mike is passionate about all things technical and loves to share his knowledge. When not at work you can probably find him working on yet another ambitious project. His articles and write-ups cover everything from routine maintenance to performance and styling modifications. Follow him on Facebook and Twitter.