When Is It Time To Replace My Shock Absorbers?

Shock absorbers have improved, lasting much longer than traditional 50,000 mile lifespans. We discuss how to recognize when shocks are genuinely worn and in need of replacement, and we make specific recommendations when it`s best to replace them. 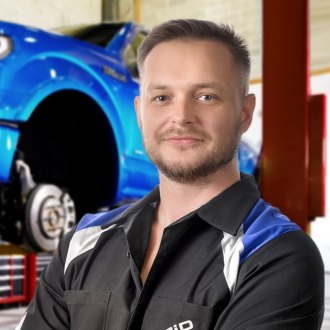 What Is A Shock Absorber?

Shock absorbers are suspension components that dampen and halt the up-and-down movement of your vehicle's springs. If these control devices weren't part of the suspension system, your car or truck would continue to hop up and down for a lengthy period until the kinetic energy in the springs finally dissipated. As you might imagine, an extremely bouncy ride would result - and the vehicle would be very hard to control.

To dampen that unwanted spring motion, shocks contain hydraulic fluid that flows through a series of valves and channels. The natural resistance and drag caused by that fluid causes the shock absorber to move up or down more slowly than the spring would - calming the bouncing while transferring a soft, comfortable feeling to the rest of the vehicle frame and cabin. With a steady ride created, the vehicle's center of gravity remains stable - ensuring you're safely in control with tires that stay firmly planted against the pavement over road irregularities.

For reference, a shock absorber is a separate, "stand-alone" item in your suspension, while a strut contains a shock, spring, and sturdy frame that supports vehicle weight. For more clarification on these two items, see our article Shocks and Struts - The Big Answers Revealed! To simplify things in this article, we'll refer to all shock absorbers and struts as "shocks".

Most manufacturers of shock absorbers advise replacing them at 50,000 miles, but that's probably more for their benefit than yours. While shocks from decades ago may have been spent at that point, improvements in design and construction allow today's shocks to go much further under normal driving. In fact, it's not uncommon for shocks to last more than twice that long over smooth pavement.

If you've got more than 50,000 miles on your original shocks, this kind of talk may leave you wondering whether you've missed an important maintenance item, or whether you've put yourself at risk driving with shocks that are worn out and unsafe. In this article, we'll help you recognize when shock absorbers actually exhibit symptoms of wear - because that's when you need to replace them.

It naturally follows that the biggest factor that determines shock life is where and how you drive. Spending significant time on poorly maintained or unpaved roads will shorten the lifespan of shocks considerably. Another factor can sometimes be the quality of your original equipment (OE) shock. Some vehicle manufacturers select the least-expensive item to get the job done; others who focus more on ride and handling may start with a higher-quality item which lasts longer.

Most shocks deteriorate internally over time without any visual outward signs, so it's sometimes difficult to notice because the effects build up so gradually.

The most important thing to remember is that shocks primarily lose their ability to control weight transfer as they wear. So you'll begin to notice the vehicle pitching about more while accelerating, braking, or turning. More specifically, if your vehicle's front end dips or dives while braking, front shocks are probably worn out. This condition can also cause your vehicle's braking distance to increase, which is an obvious safety concern. Conversely, worn rear shocks will cause the back of the vehicle to drop excessively on acceleration.

Steering precision and overall stability will be affected also. If you notice your vehicle swaying or leaning excessively around curves, these are signs that your shocks are having a hard time controlling weight transfer. You may also notice mild crosswinds causing your vehicle to veer more off course, and swaying will be even more pronounced when rounding curves on uneven road surfaces.

Check your tires for signs of cupping or feathering. "Cupping" refers to evenly spaced areas of concentrated wear on the tread, which occur because the tire is more likely to hop up and down - literally bouncing off the surface of the road after a bump instead of remaining flat against the road.

If shocks become badly worn enough, they can even cause wheel hop on smooth road surfaces. A wheel may appear as if it's being bounced rapidly like a basketball when there's no reason for it. At this point, a shock is completely blown and putting up no resistance to the up-and-down force naturally caused by a rotating tire.

And naturally, worn out shocks that no longer compress as smoothly will result in a hard, jarring ride over small road imperfections as well as big ones. If your vehicle bottoms out easily as if there's no squish left, your shocks have given up the ghost a while ago.

A classic way to test for badly worn shocks is to push down on each corner of a parked vehicle. Shocks that are okay will cause the vehicle to bounce back up initially, then stop shortly thereafter. With worn shocks, the vehicle will continue bouncing for a bit.

If you've been experiencing too many questionable symptoms from your shocks, it's time to take things a step further and climb under for a physical inspection. A sign that shocks are reaching the end of their useful lifespan is the seals within the housing wear to the point that fluid or gas (depending on shock design) leaks out. Some moisture (described as "misting") at the top of the shock is not cause for alarm, but a heavier film of wet oil on the outside of the housing is. Dirt and grease will stick to the fluid, making leakage easy to spot.

Dents in the shock housing are another sign that all is not well. Most often, dents occur from rocks or other debris striking the shock - a problem that's more common on unpaved roads. If damage is significant, it can block the flow of hydraulic fluid between inner and outer tubes on twin-tube shocks, or it can interfere with smooth movement of the piston valve in mono-tube shocks (see our related article How Do Shock Absorbers Work? for more details on shock types, designs, and specific products.)

At each end of the shock are round "eyeholes" that serve as a mounting point to attach the shock to both a suspension control arm and the vehicle frame. Within the eyeholes are specially-shaped rubber bushings that cushion vibrations and keep the shock mounted in place firmly to prevent shifting. Without a firm mounting position, shocks can't do their job effectively.

Depending on the shock design, it may be possible to replace just the bushings by themselves. In other cases, the bushings are integrated and require replacement of the entire shock. Worn and crumbling bushings will allow metal-on-metal contact - causing a rattling noise over bumps that you'll be able to hear inside the vehicle. Note that such rattling noises can also be caused by loose mounting bolts that are in need of mere tightening. Keep in mind that if your shocks are so old that the mounting bushings are shot, chances are the shocks are shot too.

We stated at the top of this article that many shock absorber manufacturers recommend replacing your factory OE shocks at 50,000 miles. While it's not impossible to have worn-out shocks at that point, our experience is that it is highly unlikely. Modern cars seem to be able, on average, to reach 100,000 miles or more on their original shocks.

Certainly, follow our recommendations above regarding inspection and testing. In lieu of that, based on the location of the shocks, it can be to your advantage to replace them in conjunction with the following repair items:

Since your car is on a lift with wheels and tires removed for any of these jobs, there is potential labor savings to proceeding with shock replacement at the same time. Our concluding comment on this topic is this: if your vehicle has reached a mileage milestone of 100,000 miles, or 150,000 miles on its original suspension components, a replacement of shocks, tires, and bushings, while a major investment, could make your car or truck drive like new again.

When you do find a shock in need of replacement, it's important to replace front or rear shock absorbers in pairs to avoid erratic handling issues. To help further guide you through the selection of all types of shocks we offer, we've set up corresponding sections of our website to provide you with all the choices that will fit your vehicle. It's possible to enter specific make, model, and year in drop down boxes before beginning your search. Or, input vehicle information after entering an individual page. Once you get new shocks bolted in place, you'll really enjoy the improvements in ride quality - and, you'll regret not doing it sooner! 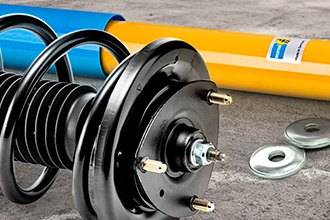 Shocks Versus Struts: The Big Answers Revealed!
by Timothy Z

When Is It Time To Replace My Suspension Bushings?
by Timothy Z 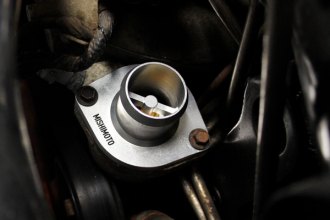 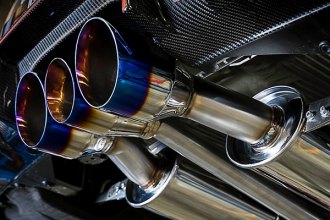 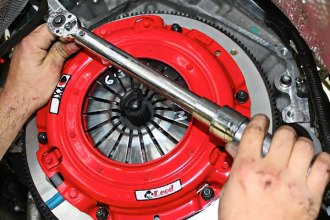 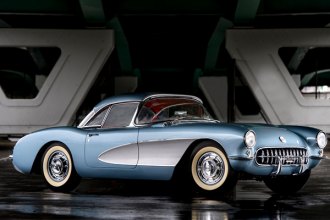 How to Find a Project Car
by Mike G

Timothy Zahl is a technical writer and product consultant with over a decade of experience in the motor industry. Timothy is a fan of performance machines that run fast and loud and an expert in all things custom. His numerous articles and write-ups are available at our knowledge base. Follow Timothy Zahl on Facebook and Twitter to be up to date with his latest guides and articles.